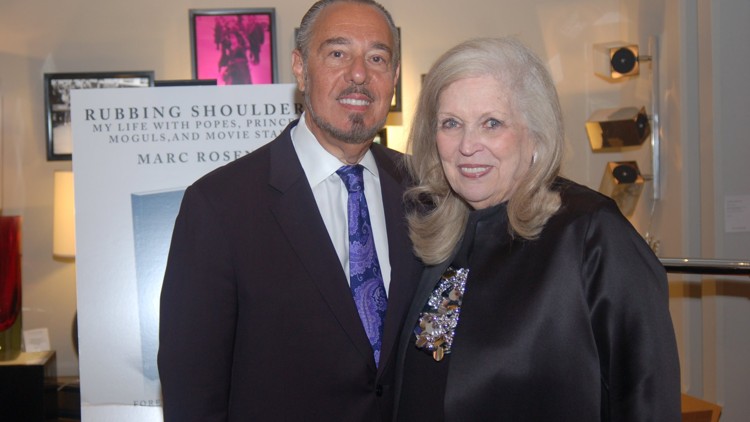 A book-party launch of author Marc Rosen’s Rubbing Shoulders: A Memoir of his Life with Popes, Princes, Moguls and Movie Stars was held March 24 at The Silver Fund, 330 Worth Ave.

Michael James hosted the celebration, which was followed by a dinner hosted by Susan Lloyd. A portion of the proceeds from the book sales will go to the Pratt Institute, where Rosen is a trustee emeritus. Among those attending were Tom Quick, Eles Gillet, Ambassador Ed and Susie Elson, Kit Pannill, Talbott Maxey, Grace Meigher, Mai Harrison and Mark Ackermann.

The next evening, Carla and George Mann, held a private party for Rosen at their home.

Other related events included Jackie Weld Drake hosting a dinner the following week for Rosen, who was interviewed March 31 by former Town and Country editor in chief Pamela Fiori (who wrote the book’s forward) March 31 at The Society of the Four Arts.

See photos from the event.