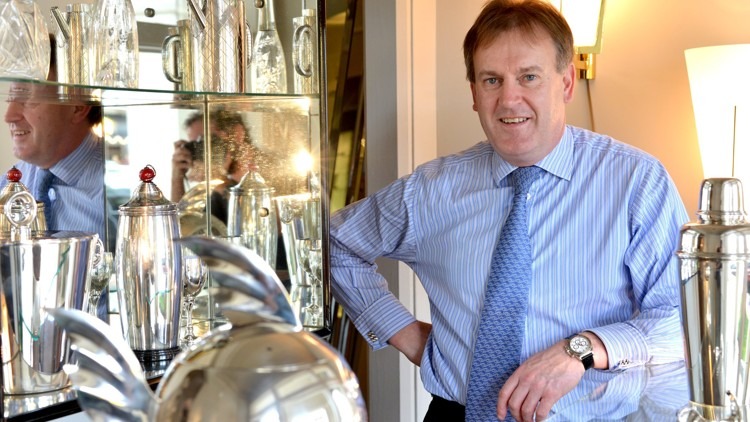 As real-estate professionals are prone to say, “It’s all about location.”

Michael James founded The Silver Fund, a London-based dealer of 20th-century decorative arts, in 1996. He had become acquainted with the Palm Beach market as a participant in the art and antiques fairs held each season at the Palm Beach County Convention Center in West Palm Beach.

James had a shop in London until 2008, when he decided to focus on selling via the international fair circuit. But he found that Palm Beach was the best market for the goods he handles, such as fine 20th-century silver; Italian and American furniture and decorative arts, dating from the 1950s to the 1970s; and vintage Cartier clocks, watches and objects.

“We have developed a great following here,” said James, who had been looking for a space on the island for several years. He jumped at the chance when the two-story storefront at 330 Worth Ave. became available last fall.

“It seemed that by opening on Worth Avenue, we would be able to work with clients in a more relaxed fashion than at a fair,” James said. “I wouldn’t open anywhere else but Worth Avenue. This street draws the type of client we cater to.”

“The fact that retail businesses that could choose to open anywhere in the country choose to open in Palm Beach reflects the town’s status as a premier shopping destination,” said Laurel Baker, executive director of the Palm Beach Chamber of Commerce. “And these new additions to the mix of businesses along Worth Avenue only make the island’s most prominent shopping street more appealing, and distinct, in the eyes of locals and visitors.”